A series of three x 1 hr documentaries for The History Channel telling the story of human endeavour.  A chronological account of the contest between the British and German air forces as they fought for superiority over England during 1940.

This is the true story of human endeavour. A contest between British and German air forces as they fight for superiority in the air over England in 1940. It was to have been the beginning of an invasion that would see Hitlers reign of terror extend throughout Europe. Instead it was the beginning of the end.

The series features enlightening interviews with surviving British and German pilots and reconstruction sequences, illustrated with unseen footage from the classic feature film Battle of Britain.   No CGI was used in the making of the movie so vintage Spitfires & Hurricanes are flown by RAF pilots. The Spanish-built Messerschmidt, 109Es and Heinkel 111s borrowed from Franco’s then-contemporary air force are flown by Spanish AF pilots giving the documentary an authentic look.

This DVD release offers an unbiased account of a country preparing to defend itself against a rising German empire.

This series also explores the myths that surround the campaign giving an objective account of a defining moment in history. 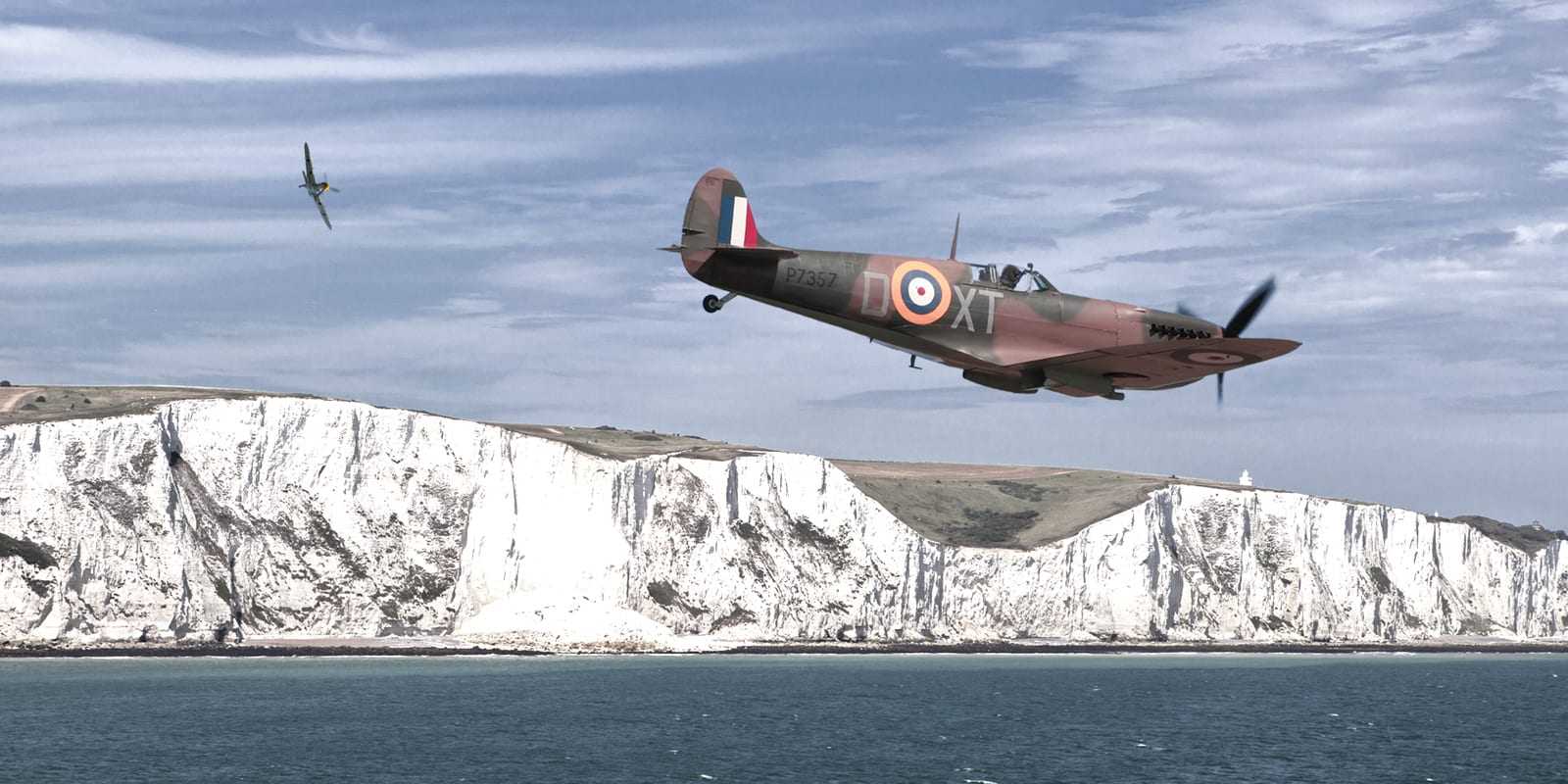 This is the story of human endeavor. A chronological account of the contest between the British and German air forces as they fought for superiority over England during 1940. As seen on & produced in association with the History Channel.

Spitfire – The Birth of a Legend